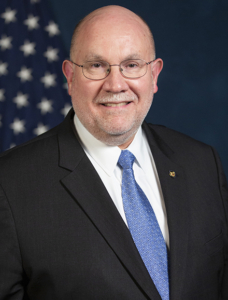 Thomas B. Chapman took the oath of office as the 46th Member of the National Transportation Safety Board on January 6, 2020. Prior to joining the Board, Chapman served six years as minority counsel to the Senate Subcommittee on Aviation & Space. In total, he has four decades of experience in government, legislative, and regulatory affairs.

Member Chapman has engaged extensively in a broad range of issues, including the recent bipartisan effort to pass comprehensive legislation reauthorizing the Federal Aviation Administration, the Transportation Security Administration, and the NTSB. Chapman previously served as US Airways’ vice president for government affairs, responsible for outreach on all federal policy initiatives. Prior to joining US Airways, Chapman was legislative counsel for Southwest Airlines. His work in the airline industry spanned approximately 16 years.

Earlier in his career, Mr. Chapman was senior vice president for government and technical affairs for the Aircraft Owners and Pilots Association. His time in that role capped a 17-year tenure at the Association, beginning in 1981. While at AOPA, he held a variety of policy and safety related positions. He also earned his private pilot certificate and regularly enjoyed the opportunity to improve his skills, flying out of AOPA’s home base airport in Frederick, Maryland.

Because of Member Chapman’s practical experience in the aviation industry, an awareness and sensitivity to a pervasive culture of safety is imbedded in his approach. He brings that perspective to key challenges facing the NTSB, including advances in automation and the development of autonomous vehicles, meeting the expectations stemming from NTSB’s reputation as the world’s premier transportation safety organization, and the importance of recruiting and retaining the skilled team members on which the work of the agency is highly dependent.

Mr. Chapman considers public service to be a responsibility for those who have benefitted from professional life in the private sector. Appointment to the NTSB is a rewarding opportunity for Chapman to apply his experience and skills in a role allowing him to continue giving back through public service.

Chapman is a graduate of the American University Washington College of Law in Washington, D.C. and earned a Bachelor of Fine Arts in music from C.W. Post College in Greenvale, N.Y. 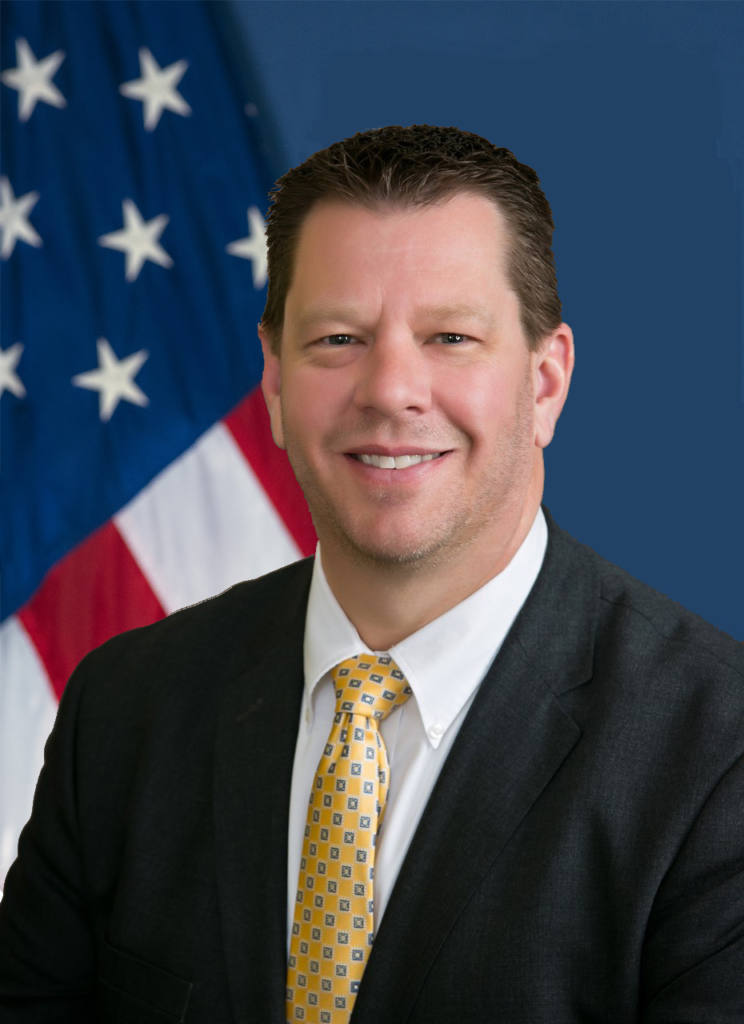 Cliff brings an extensive scientific and regulatory background to his leadership role at NHTSA. Most recently, he served as the deputy executive officer at the California Air Resources Board, an organization he first joined in 2008 as an air pollution specialist. Since then, he held a variety of positions at CARB, eventually overseeing its climate program. From 2014 to 2016, Cliff joined the California Department of Transportation as the assistant director for sustainability. He returned to CARB in 2016 when then-Governor Jerry Brown of California appointed him senior advisor to CARB’s board chair.

Cliff played an active role at the University of California, Davis for nearly two decades. In 2001, he joined the school’s Applied Sciences department as a research professor, later becoming affiliated with the school’s Air Quality Research Center. Through the years, he has supported independent air quality and climate research programs while balancing his time at CARB, including being an approved program coordinator at the Lawrence Berkeley National Laboratory’s Advanced Light Source. 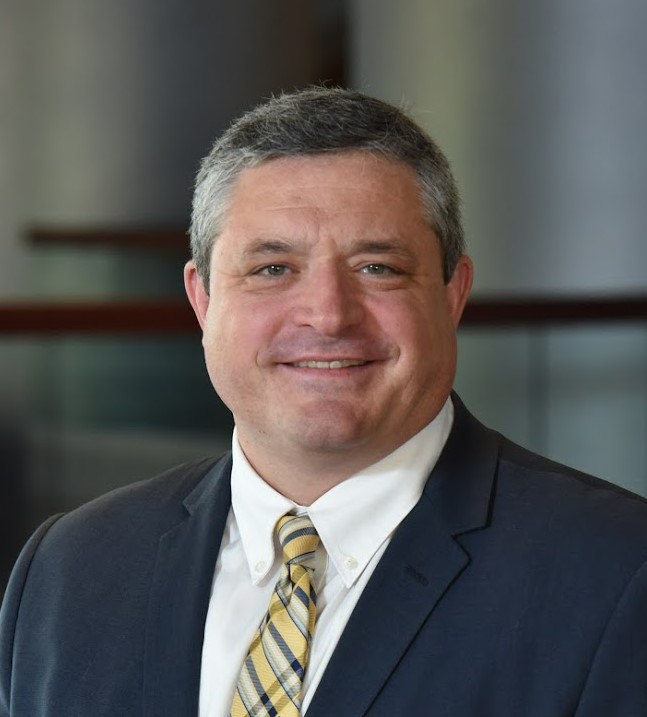 Dr. Darrin Grondel currently serves as the Vice President of Traffic Safety and Government Relations for the Foundation for Advancing Alcohol Responsibility. In this role he leads national efforts to prevent underage drinking and manages various programs to eliminate drunk and drugged driving through federal and state legislation, financial assistance, programming, and technical assistance. A major initiative currently underway is the creation of a national coalition of subject matter experts to address multi-substance impaired driving to improve the DUI system to include training, roadside stops, toxicology, adjudication, sentencing, probation, and treatment.

Dr. Grondel previously served as the Director of the Washington Traffic Safety Commission and as a Captain for the Washington State Patrol. He was responsible for initiating and implementing proven traffic safety strategies by partnering with Federal, State, Tribal, and local government agencies, and private/public partners to make Washington’s roadways the safest in the nation.

He began his career as a trooper with the Washington State Patrol in 1992, and over his 25-year career he promoted through the ranks to Captain with varying job assignments and progressive management responsibilities from field operations, criminal investigations, internal affairs, and the commercial vehicle division.

In 2009, Dr. Grondel was nominated to the Governors Distinguished Managers Association, and in 2012 he was appointed by Washington Governor Christine Gregoire as Director of the Washington Traffic Safety Commission. (He was later reappointed to the same position in 2013 by Governor Jay Inslee. Grondel served in this capacity for over eight years and the last five of his career with the WSP).

Dr. Grondel holds an Educational Doctorate in Organizational Leadership from Brandman University, a Master’s in Public Administration from The Evergreen State College, and a Bachelor of Arts degree in Political Science from Brigham Young University. He is also a graduate of Northwestern University’s School of Police Staff and Command. 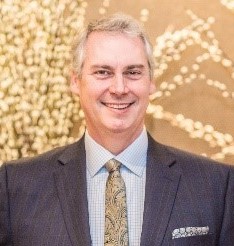 Dr. David Harkey is president of the Insurance Institute for Highway Safety and the Highway Loss Data Institute, whose mission is to reduce deaths, injuries, and property damage from motor vehicle crashes through research and evaluation and through education of consumers, policymakers, and safety professionals.

Before taking the helm at IIHS-HLDI in 2018, Dr. Harkey led the University of North Carolina Highway Safety Research Center for 11 years. There he directed numerous projects to improve roadway design and operations for all road users, develop tools and strategies for enhanced safety analysis, improve safety data for researchers and decision makers, and develop training materials for safety professionals. He has led major research programs and projects for the Federal Highway Administration, National Highway Traffic Safety Administration and other public agencies throughout his career and published numerous technical reports and peer-reviewed articles on road safety.

Dr. Harkey received a doctorate in civil engineering from North Carolina State University and a master’s degree and bachelor’s degree in civil engineering from the University of North Carolina at Charlotte. He is actively involved in several professional organizations, including the Transportation Research Board and the Institute for Transportation Engineers. 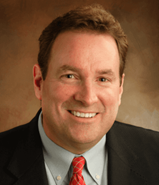 Mike Ryan has served for 40 years in the freight transportation and field services industries. He began his career working for Class I railroads Canadian National Railway Company and CSX Transportation, where he held senior management positions over twenty years. Upon departing the rail industry, he joined American Commercial Lines (ACL), serving as President & CEO and as a member of the Board of Directors of the Jeffersonville, Indiana barge transportation company. Prior to joining USIC, Mr. Ryan’s most recent roles were President & CEO and member of the Board of Directors for U.S. Shipping Corp in Edison, NJ. and Comcar Industries in Auburndale, FL.

Throughout his career, Mr. Ryan has demonstrated a commitment to supporting the communities of the companies he leads. During his years with ACL, he led successful, annual employee giving campaigns for Metro United Way and Fund for the Arts; was actively involved in One Southern Indiana, the region’s Chamber of Commerce and Local Economic Development Organization; and initiated a partnership with the languishing river town of Cairo, Illinois to establish programs and internships introducing high school students to career opportunities in the barge industry. In his role with Comcar Industries, he led employee giving campaigns for Hospice care organizations in the greater Auburndale/Lakeland, Florida area. As President & CEO of USIC, he is leading his company’s engagement in economic development and community advocacy throughout Indiana, the home of USIC’s corporate headquarters in Indianapolis.