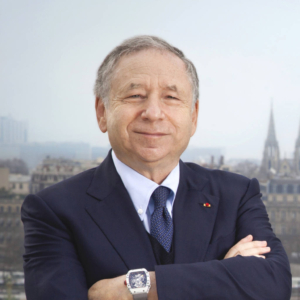 Mr. Jean Todt has been the Secretary-General’s Special Envoy for Road Safety since April 2015. He is the former President of the Fédération Internationale de l’Automobile (FIA). He was first elected to this post in October 2009 and re-elected in 2013 and 2017 until 2021. Between 2006 and 2009, Mr. Todt was Chief Executive Officer of Ferrari. Prior to that, he has held senior level positions overseeing racing and sporting activities in Ferrari and PSA Peugeot Citroën Group. Mr. Todt started his career in 1966 as a rally co-driver and participated in the World Rally Championship until 1981. He won the World Rally Championship for Manufacturers with a Talbot Lotus in 1981.

Mr. Todt also devotes his time to several charitable causes. He is one of the Founders and Vice-President of the Institut du Cerveau et de la Moelle Epinière (ICM), an institute devoted to medical research for brain and spinal cord disorders. He was awarded the Humanitarian of the Year Award by the United Nations Association of New York in 2016.

Mr. Todt studied economics, business and marketing at the Ecole des Cadres in Paris. He was born in 1946 in Pierrefort, France. He has one son and shares his life with actress, film producer and UNDP Goodwill Ambassador Michelle Yeoh. 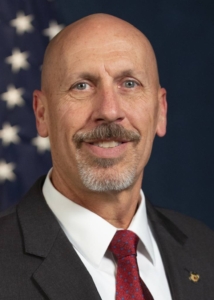 Michael Graham took the oath of office as the 45th Member of the National Transportation Safety Board on January 3, 2020.

Before coming to the NTSB, Member Graham was with Textron Aviation, Inc. (Cessna/Hawker/Beechcraft) from 1997 to 2019. Since 2012 he served as their Director of Flight Operations Safety, Security & Standardization and was responsible for the safe and secure operations of all domestic and international flights conducted in support of the company. The scope of his responsibility included managing the flight operation’s Safety Management System and its certification, administering the Emergency Response Plan, supervising Air Safety Investigations, and overseeing two company airports and a control tower.

Mr. Graham joined Cessna as a Demonstration Pilot and held positions in Production Flight Test and Delivery. He was instrumental in the merging of Beechcraft flight operations with Cessna’s after its acquisition. Mike also started the company’s highly successful Aviation Safety Action Program which became the model program for Part 91 operators.

Member Graham also provided safety leadership to multiple industry and government advisory committees during his tenure at Textron Aviation. He served as Chairman of the Air Charter Safety Foundation and Board of Governors, led the Single Pilot Safety Working Group of the National Business Aviation Association’s Safety Committee and was a member of the General Aviation Information Analysis Team. Mr. Graham was presented with Flight Safety Foundation’s 2019 Business Aviation Meritorious Service Award for his work.

Mr. Graham began his career in the U.S. Navy as a Naval Aviator flying A-7’s and F/A-18’s and completed two operational deployments including Combat Air Patrol missions over Iraq and Kuwait in support of Southern Watch. He served as a F/A-18 Flight Instructor, Evaluator and model manager for all Navy and Marine F/A-18’s. He was handpicked to develop the first ever F/A-18 Aircrew Coordination Training syllabus and facilitated the training of the first group of instructors. He received a Navy Achievement Medal for his development of an Occupational Safety and Health program and twice received the Top Eleven Award for best landing grades aboard the USS Abraham Lincoln.

From 1995-1997 he worked at Boeing/McDonnell Douglas as a F/A-18 aircrew instructor. Along with instructing, he developed courseware and served as an operational analyst and lead integration engineer receiving the Quality Achievement Award for his work.

Member Graham earned his B.S. in Mechanical Engineering from the University of New Mexico. He is also a certified Airline Transport Pilot with 10,000 flight hours and is type rated in six different Citation models. 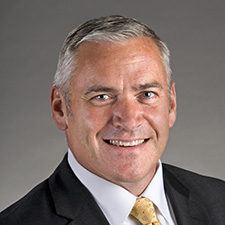 Kiefer recently retired from General Motors, after nearly 40 years of experience in the automotive industry, including leadership positions in major markets around the world. Kiefer’s most recent position was President, GM International, a position he has held since November 2019. Kiefer was a member of the GM Senior Leadership Team. In this role, he was responsible for GM operations outside of North America and China.  His mandate was to deliver profitable growth in the 60+ international markets in which GM competes.

Prior to this role Kiefer spent five years as Senior Vice President, Global Purchasing and Supply Chain, where he delivered $2B of annual cost reductions for 5 consecutive years, while significantly improving supplier relationships.  Kiefer joined GM in September 2013 as Vice President, Global Powertrain, after more than a decade of senior leadership roles with the automotive supplier Delphi.

Kiefer is a member of the Michigan Governor’s Traffic Safety Advisory Commission and the Michigan State University College of Engineering Alumni Association Board. He was GM’s key executive at Michigan State University and previously served as a member of the Berkeley Engineering Advisory Board, the Supervisory Board of Adam Opel AG in Germany and the board of directors of United Way for Southeastern Michigan. 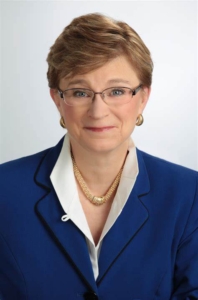 Lorraine Martin is an accomplished Fortune 500 senior executive and business leader with 35 years of experience developing successful global enterprises, with particular expertise in the aerospace sector. She speaks and consults frequently on high-profile issues, including the importance of diversity, equity and inclusion to business culture and performance.

Today, Martin serves as President and CEO of the National Safety Council (NSC): America’s leading safety advocate for over 100 years with a mission to save lives, from the workplace to anyplace. In this role, she helps guide the nation’s employers on strategies to eliminate the leading causes of preventable death and injury by focusing its efforts on the workplace, roadway and impairment. Martin also chairs the Road to Zero Coalition, the nation’s largest traffic safety coalition working to eliminate traffic deaths by 2050.

Prior to joining NSC, Martin spent 30 years in increasingly senior leadership roles at Lockheed Martin (NYSE: LMT), most recently as Executive Vice President and Deputy of Rotary & Mission Systems. In this role, she led operations of the company’s $16 billion global security and aerospace division that included research, design, development, manufacturing, integration and sustainment of advanced technology systems, products and services. She oversaw a team of 34,000 employees across four continents with operations in more than 75 worldwide facilities to consistently deliver highly complex projects on time while beating customer cost estimates.

Among her top Lockheed Martin achievements, Martin led the largest defense aircraft program in history: the F-35 Lightning II stealth fighter — considered the world’s most advanced fighter jet to this day. Martin also led the successful operational and cultural integration of the Sikorsky Aircraft Company, a global leader best known for its Black Hawk helicopters, upon its $9 billion acquisition by Lockheed Martin in 2015.

Martin is sought-after by publicly traded companies around the world for her leadership vision and STEM expertise. She currently serves on the board of directors and audit committee for Kennametal (NYSE: KMT), a $2.4 billion global materials science firm that serves customers across aerospace, earthworks, energy, general engineering and transportation. She also serves on the board of directors for IperionX Limited (ASX: IPX), a U.S.-based exploration and mining services company with a mission to be the leading developer of low-to-zero-carbon, sustainable and low-cost critical minerals to support material supply chains for advanced American industries, including aerospace, defense, automotive and consumer goods.

Outside the boardroom, Martin is actively involved with and passionately dedicated to social impact endeavors that promote diversity, equity and inclusion. She is the co-founder and president of the Pegasus Springs Foundation, a nonprofit organization working to achieve educational equity by collaborating with educators, schools and communities across the country. She has served on several nonprofit boards, including INROADS, which is working to elevate underrepresented talent throughout their careers as well as Big Brothers, Big Sisters of Central Florida.

As a champion for advancing women and girls in STEM, Martin was named among STEMConnector’s 100 Corporate Women Leaders in 2017. She has worked with numerous organizations in support of this mission including Girls Inc., Girls Who Code and Blue Ribbon Schools of Excellence.

Martin is a proud veteran, having served as an officer in the U.S. Air Force, where she held various leadership positions for software-intensive technology and development programs. She earned a M.S. in Computer Science from Boston University and a B.A. in Computational Mathematics from DePauw University.

Prior to joining ATG, Mullen was VP of Research and Development for Solera, Inc. responsible for creating an advanced automotive repair research and training center, focused on development and training of welding, electromechanical systems, paint & refinish, heavy duty truck repair, and insurance estimation.

Her past industry board positions include the Intelligent Transportation Society of America (ITSA), chair of the Leadership Circle of Mcity at the University of Michigan, Associate for the Advancement of Automotive Medicine (AAAM) board of directors and executive committee, chair of the Industry Advisory Board for the National Science Foundation (NSF) Center for Child Injury Prevention Studies, chaired the Alliance of Automobile Manufacturer’s Biomechanics Committee and was a board member for the engineering departments of two universities.  She is named on 32 US Patents and has served on multiple industry technical committees to develop best practice and standards on event data recorders, vehicle compatibility, side air bag out of position testing, and alcohol detection systems.